Translated by maninwest@Codeforge Author:PavolSatala@CodeProject
This article shows how to create a car game; the concept of this game is very popular and used in many games. To create a game with a realistic physical behavior we used box2d physical engine. The final code in this article can be implemented in your own complete game. This code was written in object oriented JavaScript used for cross-platform development called Moscrif, but box2d is ported to many other programming languages and its usage is very similar. Video with this project is available also on youtube.
Box2d engine


The box2d physical engine offers realistic physical simulation. It shows performance in many devices like Nintendo Wii, DS and several mobile phones (including Android and iPhone) as well as most major operating systems.
Box2d joints


All physical elements are created as box2d bodies, which interact in the b 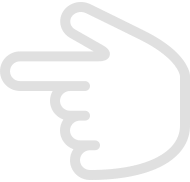 Click the file on the left to start the preview,please

！The preview only provides 20% of the code snippets, the complete code needs to be downloaded